Dutchie is an online cannabis ordering platform that helps cannabis customers find nearby dispensaries and place orders for home delivery.

Dispensaries that work with Dutchie get a complete packaged solution for order tracking, payments and compliance.

The company was founded in 2017 by brothers from suburban Detroit — Ross Lipson, 33, and Zach Lipson, 35. Together, they run one of the largest online delivery platforms in the cannabis industry.

Today, Dutchie works with over 1,100 dispensaries in 24 U.S. states and Canada, serving over 50,000 orders a day. It processes over $2.2 billion in annual sales and has 72 employees that work from its headquarters in Bend, Oregon.

Building From the Ground Up

Benzinga spoke with co-founder Ross Lipson about the path that led him to running an online cannabis start-up.

The Lipson brothers were born and raised in West Bloomfield, a Detroit suburb. They both enrolled at Michigan State University, but Ross quickly dropped out to start an online food ordering startup, partnering with a group of students from Penn State University who shared his vision.

Lipson eventually exited the company and moved to Toronto with his partner, where he launched GrubCanada in 2008.

GrubCanada became a household name and quickly scaled the country, working with thousands of food businesses. In 2012, Lipson sold the company to Just-Eat, a London-based food ordering conglomerate.

Just-Eat was subsequently swallowed by Takeaway.com for $7.8 billion.

After traveling for a few years, Ross settled down in Bend, Oregon. By 2016, when the state legalized adult-use cannabis, Lipson realized that he was able to bring his expertise from the online ordering world to cannabis.

That same year, he recruited his brother Zach and together they launched Dutchie. Zach was in the process of selling a fintech company he had founded when Ross proposed the idea for the business.

They launched the company together in 2017 with Zach as chief product officer and Ross as CEO.

Although headquartered in Oregon, Dutchie is well-established in the Lipsons’ home state.

The company works with over 100 stores in Michigan, making it one of Dutchie’s most important markets in terms of volume.

“Dutchie has helped serve a strong purpose for the Michigan market, and I think that’s what’s driving the numbers,” Ross said.

Michigan was amongst the highest pre-recreational markts for medical card usage per capita, poising the state to become a relevant market years before adult use legalization.

“The Detroit mentality is pretty rough and tough,” said Ross Lipson, who credits the Motor City for giving him the confidence necessary to make it in the entrepreneurial world.

For him, Detroiters have a mentality that allows them to fight hard and get over any obstacle that comes along the way. Lipson said he sees this strength in most Detroiters, especially those in the city’s automotive industry on the heels of the 2008 financial crash.

“We don’t really take no for an answer and we’re strong willed,” Ross said.

This type of spirit can be applied with great success to the cannabis industry, where rules and regulations are constantly changing and companies have to define a space that didn’t exist before them, he said.

“How do you run a marathon in quicksand and in sandals? You’ve got to be tough.”

Lipson also cites his parents as a major inspiration for his and his brother’s entrepreneurial spirit.

“My dad was always an entrepreneur growing up,” he said. “I think he ingrained in our head early on that you can do anything that you want to do. There were no restrictions in our thought, there were no limitations of what we could do. So, if we had an idea, we went for it.”

Their mother also offered the support needed to continue the development of ideas, so that they could grow and become tangible projects.

Advice For Entrepreneurs Trying to Make It In Cannabis

“The first thing is stay focused, stay in your lane,” he said. “Try to do one thing perfectly instead of a few things mediocre.”

Lipson says he sees a recurring behaviour among cannabis entrepreneurs that can lead to failure. Since the industry is still in its infancy, there’s plenty of opportunity because there aren’t many established products in each vertical or sector, he said.

Although Lipson could have expanded his company to the point-of-sale or analytics space, he found that staying in what he does best was the key to steady growth.

“Very often you’ll see an entrepreneur in cannabis jump in and try to fill that void and before you know it, they’re juggling too many balls, and eventually, if you throw up enough balls, you’ll start to drop them,” he added. “Just try and own one little sector. For me, that’s online ordering, e-commerce — that’s all I’m trying to do.” 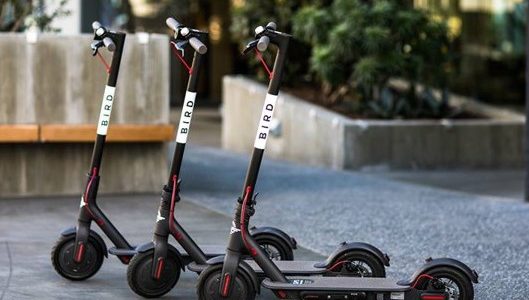