Check out OhmConnect in the article below!

Californians once greeted hot summers by blasting the air conditioners and filling the pool. No longer.

Battered by drought and heat waves that are straining the power grid, the Golden State is asking residents to make do with less water and electricity, just when they really want to use both. It’s an uncomfortable new normal for a state that used to celebrate summer.

Power grid managers have sent urgent pleas on three of the past four days, begging residents to cut their electricity use to stave off blackouts. And these calls are becoming a standard part of the summer, as residents are forced to adapt their lifestyles to the changing climate.

“Customer conservation, honestly, is going to be the single biggest variable this summer between whether or not we’re able to avoid rotating outages,” said Elliot Mainzer, chief executive officer of the California Independent System Operator, which runs most of the state’s grid. He warned the situation could last for several years.

Meanwhile, Governor Gavin Newsom is asking the state to use 15% less water, as reservoirs shrink. He urged Californians to return to conservation strategies they adopted during the state’s last big drought, from 2011 through 2017. While residential consumption in the state is 15% below 2011 levels, he said people can’t use water as freely as they did in the past.

“The sober reality is, here we are again,” Newsom said Thursday while standing in front of the Lopez Lake reservoir in San Luis Obispo County, which was at 34% of its capacity. The drought across the U.S. West is also exacerbating the electricity situation, with power generation from hydropower in California and the Pacific Northwest set to fall 11% this year.

In California, the heat quickly melted the Sierra Nevada snow pack and a drought-parched landscape drank it up before it could flow into the state’s largest reservoirs, leaving them lower than normal.

And the massive Bootleg Fire in Oregon has knocked out or threatened some crucial electric transmission lines connecting California to the Pacific Northwest, forcing the state to import power from elsewhere.

The blaze is one of dozens of large fires burning across several states, from Montana to Arizona, according to the National Interagency Fire Center. With at least 863,000 acres ablaze, satellite photos show smoke covering much of the West.

California’s excessive heat was set to ease Tuesday after another string of searing days, according to the National Weather Service. The high in Sacramento was forecast to be almost exactly in line with normal readings for this time of year, though some heat warnings remained in effect for the state’s southern deserts and some areas near the Oregon border.

California’s fight against climate change, paradoxically, has also played a key role in tightening power supplies. As the state switches to solar and wind power, so many traditional power plants have closed that electricity supplies grow strained at sunset. Large batteries are being plugged into the grid to compensate, but many won’t be running until later this year.

“For a century, consumers have really dealt with their electricity when they turn on the lights and pay the bill, and it’s a pretty limited engagement,” said Cisco DeVries, chief executive officer of OhmConnect Inc., a supplier of software that helps people manage their power consumption. But now, people are becoming aware that they have to change their relationship with the way they receive and use power. “We’ve absolutely entered a new paradigm related to electricity and the grid and consumers.”

The California ISO again called on consumers to cut their power use Monday afternoon and evening. The biggest crunch typically runs from 4 p.m. to 9 p.m. local time. Those are some of the hottest hours of the day, as well as when solar power supplies start to fade.

California officials have credited consumer conservation with helping prevent outages this year, but it remains to be seen how well the tactic will work long-term.

“The more times you do it, the less effective it is going to be,” said Michael Wara, director of the climate and energy policy program at Stanford University. The state, he said, needs the right incentives to get people to conserve when needed. “The way you get people to behave is you pay them for it or charge them less,” Wara said.

California’s utilities have for years been slowly shifting most customers onto time-of-use rates, which charge higher prices when electricity demand peaks in the late afternoon and evening. And state officials this year have been running television ads urging Californians to “power down” between 4 p.m. and 9 p.m., hoping to make conservation during those hours a habit even when heat waves aren’t straining supplies.

Mainzer said there’s a danger that issuing too many calls for emergency conservation so early in the season could lead to less consumer response later on. California typically sees its hottest weather in August and September, and last year’s rolling blackouts — the first to strike the state since 2001 — hit in August.

“This is a potential for fatigue with consumers, like ‘Why are we in this situation?’” Mainzer said Friday. “It’s a fair question.”

— With assistance by Naureen S Malik 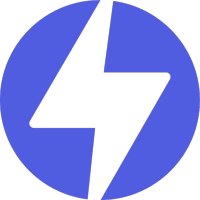 CIO: 6 dead-end IT skills — and how to avoid becoming obsolete
Scroll to top