ABA Journal: ABE grant expands services for victims of rape and sexual assault in the military

Check out Protect Our Defenders President Col. Don Christensen in the article below.

After years of hearing about sexual assault scandals in the military, Nancy Parrish looked around for a national organization that helped survivors—but she found none.

In 2011, she founded Protect Our Defenders, which she says is still the only organization that solely supports military sexual assault survivors, including active-duty service members, veterans and civilians. In addition to its policy reform and advocacy efforts, it offers a free legal services program, manages a pro bono network and houses its own law center.

Now, with a $25,000 grant from the American Bar Endowment, Protect Our Defenders is also designing and deploying a training curriculum for pro bono lawyers who represent survivors of sexual violence and harassment in Texas and Washington state.

“Wherever a survivor faces an issue, we’ll go there,” says Parrish, the organization’s executive chair. “But we also need to have attorneys in states where there are heavy military communities because that is often where much of the work is required. Texas and Washington are high on our priority list.”

The ABE, an independent, nonprofit public charity, awarded nearly $414,000 to Protect Our Defenders and 10 other organizations through its Opportunity Grant Program earlier this year. The program was created in 2017 to support organizations seeking to develop new projects or expand existing ones.

Jonathan Cole, chair of the ABE Grants Committee, says the ABE was inspired by Protect Our Defenders’ plan to reach even more survivors of rape and sexual assault in the military.

“There was a gap that needed to be filled to provide services to victims when it affects their career, their ability to serve their country and their ability to live a normal life as much as possible,” he says.

Protect Our Defenders provides legal services to survivors as well as whistleblowers who face retaliation for intervening in or reporting sexual assault or harassment. Services include legal representation in the military justice process, discharge records corrections and assistance in obtaining health care. The organization has served more than 1,000 survivors and provided $8 million in legal services, according to its 2018 annual report. Last year, the number of survivors requesting services more than doubled.

In 2018, 362 cases were submitted through Protect Our Defenders’ intake process, according to its annual report. Of those, 49 were referred to its pro bono network or other partners, such as the National Veterans Legal Services Program, which completed nearly 2,500 hours of services.

Christensen also helped Protect Our Defenders launch its own in-house law center last year and has already taken on 25 cases for clients.

He points out that many pro bono attorneys have no prior experience with the military justice process, which is unique in its structure and how it operates. He says the new ABE-supported training curriculum will allow Protect Our Defenders to pull a larger number of attorneys into its network.

“We have 1.3 million men and women who have taken a sacrifice for their country, yet we are having a sexual assault epidemic,” Christensen says. “The latest numbers show it’s getting worse, and for the people who have been sexually assaulted or raped, the accountability is almost nonexistent.

“For them, getting justice is really important, and so is having civilian attorneys who can come in from big and small law firms and give them a fighting chance that oftentimes they don’t have.”

Protect Our Defenders is in the process of creating the curriculum and working with law firms in Texas and Washington state to set up training sessions this fall or next spring. Parrish says attorneys who want to help can contact Protect Our Defenders at info@protectourdefenders.com.

“Attorneys should get involved because service members who serve our nation deserve the same protections afforded civilians, whom they often give their lives to protect,” she says.

It has been a long-standing priority of the ABA to assist service members, veterans and their families with their legal needs through policies and programs. The ABA Veterans Legal Services Initiative was launched in 2016, and ABA Home Front was established in 2011 to help military families access legal assistance.

The ABE sponsors insurance plans for ABA lawyer-members who can then donate any available dividends back to the ABE. The ABE uses those funds to support its annual grant programs.

The ABE also awarded more than $3.2 million each to the American Bar Foundation and ABA Fund for Justice and Education in the 2019 grant cycle.

This article first appeared in the September-October 2019 of the ABA Journal under the headline “Protection for Protectors: ABE grant expands services for victims of rape and sexual assault in the military.” 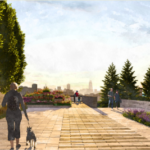