A judge just struck down most of a restrictive voting reform law. We helped identify people in the state who would be discriminated against because of the law to inform the lawsuit. Check it out in the article below!

A judge has upheld part of a new Iowa voting law that requires voters to present an ID at the polls.

Judge Joseph Seidlin on Monday ruled on a lawsuit, filed by a Hispanic civil rights group and an Iowa State University student in 2018, that claimed parts of the 2017 Iowa voting reform law were unconstitutional.

While Seidlin did agree with some claims in the lawsuit, he stood by two of the law’s disputed requirements: that identification be presented at the polls and that a voter identification number be provided when requesting an absentee ballot.

The law, House File 516, was signed into law in 2017 by then-Gov. Terry Branstad. Democrats and others who opposed it argued the law’s provisions would suppress votes by creating barriers for the poor, elderly, people with disabilities and minorities.

Iowa Secretary of State Paul Pate, named as a defendant in the lawsuit, on Tuesday called the ruling a “victory for election integrity” and reiterated his belief that the law is aimed at making it easy to vote, but difficult to cheat.

“The court does not need to guess at what the government interest or policy decision was here,” Seidlin wrote, citing a line in the legislation: “To ensure the integrity of, and to instill public confidence in, all elections in this state, the general assembly finds that the verification of a voter’s identity is necessary before a voter is permitted to receive and cast a ballot.”

Voter impersonation at the polls hasn’t been a problem in Iowa, he continued, but that isn’t reason enough to dismiss the Legislature’s concerns about the issue.

Seidlin did, however, strike down as unconstitutional the law’s provision that would have prohibited election officials from issuing a voter ID card based on Iowa driver’s license or nonoperator’s identification card records, as well as a provision that would have allowed election officials to dispute the signature on a registered voter’s application.

“Iowans have overwhelmingly voiced their support for voter ID, and this law ensures voters will be asked to provide identification before casting their ballot,” Pate said in Tuesday’s statement. “Additionally, the court found that the requirement of a voter verification number on an absentee ballot request places no additional burden on voters.”

Kevin Hall, a spokesman for the secretary of state’s office, said Pate has not decided whether he will appeal the decision. Joe Enriquez Henry of the League of United Latin American Citizens of Iowa said Tuesday that the plaintiffs’ attorneys are also deciding whether to appeal.

Though he called the decision a victory, overall, Henry said he’s still concerned about the voter ID number, which he called a redundant requirement and a burden on voters.

“It’s not right, it’s not the way Iowans voted for 40-plus years and we need to return back to the way things were before,” said Henry, LULAC’s national vice president for the Midwest region. “This is just an additional requirement for the sole purpose of suppressing the vote.”

Taking the law to trial

The case went to trial in late June, when attorneys representing LULAC and college senior Taylor Blair argued the new law burdens voters disproportionately while the state defended it as a way to prevent fraud and human error.

The law was intended to “modernize election procedures and, with respect to voter verification, ensure the integrity of and instill public confidence in all elections in this state,” Matthew Gannon, an assistant attorney general, said during opening statements in June in front of Seidlin.

Bruce Spiva, an attorney representing the plaintiffs, said during the trial that the law “erects significant barriers,” particularly for voters who are young, elderly, poor, lacking education, minorities, women and Democrats.

“There is no crisis that required this measure,” Spiva continued, contending that voter fraud was already virtually nonexistent in Iowa. “The state should not put unnecessary hurdles in front of the ballot box.”

Pate, Iowa’s chief election official, enacted a soft rollout of the new voting law ahead of the 2018 general election.

Though poll workers were told to ask voters for a form of ID, they were not supposed to turn away anyone without one, according to the ruling. Instead, ID-less voters could sign an oath stating they were registered to vote.

During that election, 10% of voters who had been sent voter ID cards instead signed an oath of identity, Seidlin wrote in the ruling.

Seidlin wrote that the almost 11,000 voters who took the oath of identity were not necessarily forced to do so, as the plaintiffs claimed, but may have chosen to do so or kept their IDs pocketed in protest.

“The evidence presented simply did not demonstrate that the burden on young voters, old voters, female voters, minority voters, poor voters and voters who are Democrats to show an approved form of identification at the polls is appreciably greater than the rest of the population,” he wrote.

In response to the plaintiffs’ concerns that voters could misplace or forget their IDs, Seidlin stated that the inclusion of this requirement was no greater a burden than those already in place for voters, such as registering to vote and finding and getting to a polling place.

Under the new law, absentee ballot applications must also include a voter identification number. If an application is sent in without one, the county auditors can try to track down the missing information to register the voter.

Seidlin said this new provision doesn’t infringe on any right to vote absentee. He also said it could help safeguard against mail-in absentee voter fraud, which in trial testimony was called a larger issue in Iowa than impersonation at the polls.

In his ruling, Seidlin said the real burden imposed by the law fell on eligible voters who don’t have an Iowa driver’s license or nonoperator’s identification card but are listed in the DOT’s files and therefore might not be sent a voter identification card.

“All eligible, registered voters should be able to ask for and receive a Voter ID Card from their county auditor so that every voter can cast a ballot as easily as every other voter,” he wrote.

Seidlin, in his decision, also pointed to county auditors who testified during the trial as part of his reason for striking down the signature matching provision.

“The county auditors who testified all stated to the effect that they do not anticipate challenging voter signatures because they do not feel they or their staffs are qualified to do so,” he wrote, adding that the law wouldn’t protect voters if their absentee ballots were erroneously rejected in the days leading up to the election.

Anna Spoerre covers crime and courts for the Des Moines Register. She can be contacted at aspoerre@dmreg.com, 515-284-8387 or on Twitter at @annaspoerre. 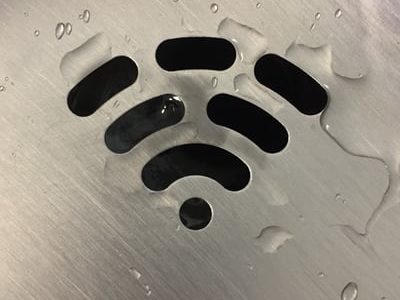