The Sacramento Bee: Two companies have added 500 e-scooters to Sacramento this year. See what brands arrived

Check out Bird in the article below!

Two new companies have deployed a total of 500 e-scooters in the capital city since Jan. 1, bringing the total number of shared scooters and bicycles here to 2,170 as of Feb. 13, according to a city staff report.

The additions joined Jump and Lime, which both launched scooters here last year.

Lime pulled their nearly 500 scooters of Sacramento streets in December, citing bad weather, but planned to bring them back, said Jennifer Donlon Wyant, city transportation planning manager. Then in late February, the company told the city they would not bring the scooters back, decreasing the city’s total number of shared bicycles and scooters to about 1,960, Donlon Wyant said. The company also recently pulled their scooters from San Diego and another 11 cities, the San Diego Union-Tribune reported.

According to Sacramento city code, bikes can be ridden on the sidewalk, while scooters must be ridden in the street.

In December, police started issuing those citations for scooting on sidewalks and had issued 30 as of Feb. 13, the staff report said.

In addition, the city issued 1,400 parking citations and warnings to the companies in December and January, the report said.

The devices are very popular. From June through January, riders took roughly one million trips on e-scooters and e-bicycles, the report said.

That’s resulted in revenue for the city. The city gets 10 cents per trip per device, which it uses to create parking. Staff have so far collected $10,901 in those fees, which it used to install 46 parking spaces, six drop zones and to buy another 30 racks, the report said.

The city requires operators to deploy 20 percent of their fleet to disadvantaged communities, which are mostly scattered across sections of north and south Sacramento

There are likely even more scooters coming to the city. Each company can add 250 more scooters every three months during their first year.

Editor’s note: This story has been updated to reflect that Lime has pulled scooter service from Sacramento.

National Geographic: Is a world without trash possible? 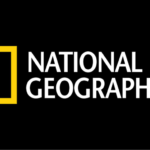