Check out Way to Win President and Co-Founder Tory Gavito in the article below!

Democratic groups financed by wealthy donors have ratcheted up their spending in recent weeks as party operatives have become concerned that President Trump is gaining an insurmountable lead in the money race.

By the time voters coalesce around a nominee, Democratic operatives worry, it will be too late to overcome Trump’s fundraising advantages in the general election. Already, pro-Trump committees have spent more than $500 million on his reelection — far more than previous incumbents at this point in the election.

As a result, more than a dozen groups backed by high-dollar Democratic donors have pledged to spend at least $420 million through the primary season, focused largely on general-election swing states. Their efforts range from running anti-Trump digital ads to funding legal challenges to voter restriction that could hamper Democratic turnout.

“We can’t wait until we have a candidate to do this work,” said Tara McGowan, founder and chief executive of Acronym, a politically active nonprofit supporting Democrats. “There’s so much we can and need to be doing right now that is going to help strengthen the position of our candidate when we have one.”

The efforts reflect a growing anxiety about Trump’s unprecedented reelection machine, which has been raising money since he was elected president. Along with the Republican Party and pro-Trump committees, his reelection effort has raised more than $752 million — a record sum.

He has been forging ahead even as Democratic presidential hopefuls continue to focus their firepower on each other, and as the Democratic electorate remains far from decided on a candidate heading into 2020.

Democrats maintain that they do not need to outraise Trump to defeat him, and that the money will flow once the party coalesces around its nominee. But they worry about Trump’s lead.

“He can just build his fortress while we’re trying to sort it out,” said Sunita Leeds, a major Democratic donor. “They have a head start because they don’t have a primary.”

The Democratic National Committee is focused on preparing for its role in the general election, when it can work in lock-step with the nominee to raise and spend lots of money quickly. The DNC remains vastly outraised by its GOP counterpart but has raised more than it did by this point in the 2016 cycle.

Wealthy donors are giving to an array of nonprofits and super PACs, ranging from the anti-Trump “resistance” groups that formed in 2017 to the big-money groups amplifying the liberal message, like Priorities USA Action.

“There are a number of efforts underway to try and make sure that there is infrastructure in place for the eventual nominee,” said Andy Spahn, a Los Angeles-based Democratic donor and fundraiser, and a longtime political adviser to some of the party’s biggest donors. “We need to invest millions to compete with Trump’s spending and counter the advantages of incumbency.”

“Our key strategic inflection point is the first and second quarter of next year,” said Guy Cecil, Priorities USA chairman. “Are we able to compete and respond and maybe even prosecute some [of Trump’s] advantages?”

Mike Bloomberg, the billionaire former mayor of New York City who is weighing a presidential run, said he will spend $100 million on anti-Trump digital ads in four battleground states through the primaries.

Democratic super PAC American Bridge and its nonprofit arm plan to spend $50 million on an advertising campaign aimed at narrowing Trump’s margins with white, working-class voters in swing states. Last week, it began its first round of spending, with $5 million.

Another group of Democratic donors plans to direct at least $25 million to about a dozen nonprofits, mainly in swing states, to help defeat Trump. And Way to Win, a coalition of liberal donors, plans to invest $50 million to help boost Democratic turnout in the South and Southwest.

“Donors are ready. They’re fired up. They’re ready to play big in 2020,” said Tory Gavito, president of Way to Win.

The efforts come as Trump continues to raise money from loyal online donors fueling his campaign by giving $25 or $50 at a time, as well as wealthy backers directing millions of dollars per fundraising event.

Trump’s 2016 campaign was run on a shoestring. His reelection machine is huge

Already, his campaign has spent more than $26 million on Facebook and Google advertising. That is more than the combined digital spending by four leading Democrats: Joe Biden, Bernie Sanders, Elizabeth Warren and Pete Buttigieg, according to data by Bully Pulpit Interactive.

Trump’s head start has also allowed him to buy pricey ad slots as a show of force — such as running a television ad during Game Seven of the World Series, and a banner video ad on the YouTube homepage on the first day of the Democratic debate earlier this year.

“We’ve never seen spending this early and at these levels in a presidential election by an incumbent. The incumbent has always had the bully pulpit advantage, but this is different,” McGowan said.

But there are differing philosophies on how to offset that advantage.

Bradley Beychok, president of American Bridge, said last week in a memo to supporters that Democratic gains with white working-class voters have been important to the party’s victories since 2016.

“With reports indicating that white working-class turnout could surge even higher in 2020, targeted persuasion efforts towards this group will be even more critical over the next year,” he wrote.

Steve Phillips, a major Democratic donor and founder of Democracy in Color, a San Francisco-based organization, said he is worried that too much is being spent on digital ads in swing states. He contends that more money should be spent motivating reliable Democrats and minority communities he says were overlooked in 2016.

“The whole pie is way too small compared to Trump. Then, what they’re spending on, what the slices of the pie are, are wrong,” Phillips said. “That’s the dominant reality of the progressive spending of this moment.”

Way to Win and its allied groups believe that minorities, women and younger voters — groups that helped elect Barack Obama — are key to winning back the White House.

“In 2016, there were gaps in funding for voter registration of blacks and Latinx communities, and we’re going to make sure that we fill those gaps this cycle,” Gavito said.

These differences were on display at a private conference last week in Washington of Democracy Alliance, a network of donors who contribute at least $200,000 to certain liberal groups.

Hundreds of donors, party leaders and operatives gathered at the swanky Mandarin Oriental hotel for closed-door meetings on the spread of misinformation online, the need for more voter outreach and education, and Trump’s ability to excite and expand the conservative base.

“We can’t afford one iota of complacency,” Democracy Alliance president Gara LaMarche told attendees, according to remarks obtained by The Washington Post.

Donors said those discussions helped inform their investments. For example, Leeds said she wants to help rebuild the Democratic digital and data infrastructure, which she sees as a major gap with Trump.

The DNC is also mobilizing. It has launched Organizing Corps 2020, a program to organize staff in eight swing states to help make sure that once there is a nominee, the party can quickly flood those states with trained staff. The party is also rebuilding its data program and voter file, and hiring staff to engage minority and rural voters in swing states.

DNC officials said they are meeting their fundraising goals. As of October, the DNC raised $65.5 million, and an affiliated committee that raises money for the national and state parties raised another $5.6 million, federal filings show.

“The DNC is one of the only entities that will be able to coordinate directly with the eventual nominee’s campaign, so we are making historic, early investments,” said David Bergstein, the DNC’s director of battleground state communications.

Democratic donors assert that the nominee will eventually have plenty of money to take on Trump, and that they are heartened by the small-dollar donor enthusiasm fueling primary candidates. 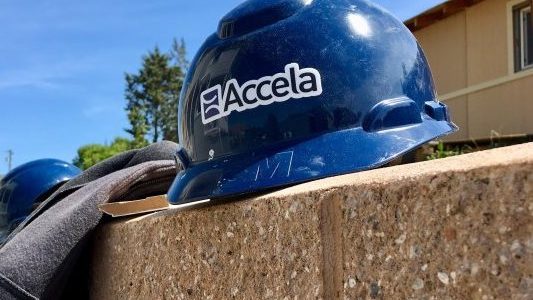