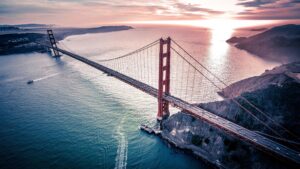 Riff City likes to keep the spotlight on our amazing partners. Our team’s recent recognition by Inc. as one of the fastest-growing companies in California provided an opportunity to reflect on our work — and how fortunate we are to help build brands and movements that matter.

Ten years ago, Riff City’s CEO helped launch a movement to reform the military justice system. Today, we’re on the cusp of historic change — thanks to the tireless work of survivors, advocates, and Protect Our Defenders. Sen. Gillibrand just announced a filibuster proof 61 Senators in support of changing how the military prosecutes sexual assault and other serious crimes.

Riff has been hard at work helping build brands and world-changing campaigns at the intersection of social impact + tech + the environment with our amazing partners. For a full download, check out more below! 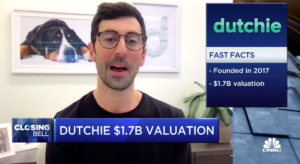 dutchie is on a mission to help power the positive societal change that cannabis is bringing to the world by empowering dispensaries to provide safe and easy access to cannabis. That mission is growing exponentially.

The leading cannabis tech platform recently announced their $200 million series C, and is now valued at $1.7 billion! dutchie is helping to accelerate the next evolution of one of the fastest-growing industries in the world. Read more in Reuters, WSJ, TechCrunch and CNBC. 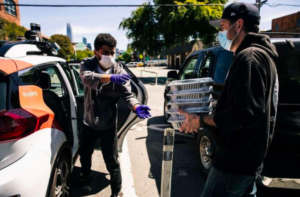 A year later and Cruise’s zero-emission AVs have delivered over a million meals to San Franciscans in need. In order to scale that impact, they teamed up with Axios to announce Cruise For Good, their new social impact program that dedicates at least 1% of their self-driving vehicle fleet to serving important community needs — in San Francisco and beyond. 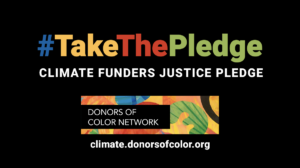 One of the latest supporters of the Donors of Color Network’s Climate Funders Justice Pledge, Tom Periello, Executive Director of Open Society Foundations (OSF) says, “investing less than 1.5 percent of philanthropic dollars into BIPOC-led groups for climate work is as morally wrong as it is just plain stupid.”

In just a few months, the campaign – which asks funders to publicly share their climate funding and to direct at least 30% of their funding to BIPOC-led justice-focused groups – is proving to be a game-changer for the climate movement and our planet. The latest?

Rep. Donald McEachin, the key author of the Environmental Justice For All Act, has announced his formal support of the pledge, while OSF and the David Rockefeller Foundation both signed on. This brings the current total to sixteen philanthropies, including five of the top forty climate funders – momentum is building!

Demand for solar is surging with President Biden’s 100% clean energy goal by 2035. To meet these ambitious targets — we need to slice through an often overlooked obstacle: solar permitting red tape.

Paper-based bureaucracies using outdated permitting processes jack up the price of residential installations — by an average of $2,516 — and slow nationwide solar adoption.

Accela, in partnership with the National Renewable Energy Lab, rolled out the SolarAPP+ platform in April to solve this problem. The new solution helps government agencies digitize the solar permitting process, and in some cases, makes it almost instantaneous. This new tech will empower cities to save valuable time and money, create local jobs, and meet the growing demand for clean energy. Check out the story in the San Francisco Chronicle! 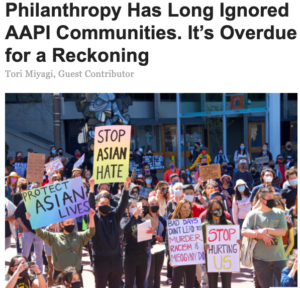 It’s AAPI Heritage Month and amid increased racist, misogynist, and xenophobic violence against the AAPI community, it’s more important than ever to highlight the significant contributions of Asian Americans advancing justice. Way to Win’s AAPI leaders are at the forefront of that change.

Leaders like Nicole Boucher, VP of Way to Win, who is a force for good in the philanthropic sector, strengthening the infrastructure needed to win elections and advance democracy reform. Or Tori Miyagi, VP & Chief of Staff at Way to Win, who recently penned a powerful oped calling out the philanthropic sector – where only .26% of funding goes to AAPI communities – for continuing to ignore violence against Asian Americans.

At the core of Way to Win’s mission is building multiracial solidarity for a better world. At a time when GOP grievance politics actively seeks to scapegoat the AAPI community, we’re grateful for their work in standing with and resourcing AAPI-led groups across the country. 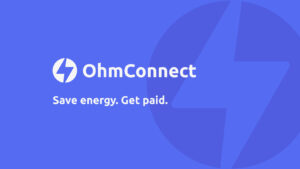 Saving energy and building resilient cities are more critical than ever with the increasing threat of blackouts and another potentially devastating fire season.

We’re thrilled to be working with OhmConnect to help families earn money while saving California’s power grid. The Oakland-based tech company was just chosen as one of Fast Company’s World Changing Ideas of 2021! Stay tuned for a big campaign announcement coming out later today!

Other Stories We Are Riffing About:

We are grateful to be working with partners making a difference every single day. If you want to learn more, or need help, give us a ping!

Until next time, stay safe – it’s looking like there’s a light at the end of the tunnel!

The Chronicle of Philanthropy: Groups That Serve Nonprofits Weigh Disclosing...
Scroll to top