Check out Lucid Green in the article below!

Cannabis companies face unprecedented headwinds. Yet these companies are building businesses in a tough market plagued by myriad challenges, from banking prohibitions to ever-changing regulations. One such startup, Lucid Green, has a solution to a growing labeling problem, and raised a $10 million Series B led by Gron Ventures with participation from Gotham Green Partners.

The company’s intelligent UPC aims to reduce cost and increase transparency in all parts of the supply chain, from growers to brands to retailers to consumers.

With Lucid Green’s system, aptly called LucidID, products use one barcode from seed to consumer. Cultivators and brands can use this barcode to upload and access test results and compliance certifications. In addition, retailers can use it for real-time inventory management and building loyalty programs with shoppers. Because this happens with one label, Lucid Green says this system eliminates the tedious process of affixing new labels to product packaging.

“Sometimes I feel like Henry Ford with the first Model T cars, where everybody’s used to horses and saddles,” Larry Levy, CEO and co-founder of Lucid Green, tells me. He’s speaking to the challenges of bringing this product to market, saying that everyone was used to transporting goods with horses, and with the advent of the car came the need for the infrastructure to support it. He feels the same thing is happening in cannabis right now.

Legal cannabis is highly regulated and requires numerous checks along the route to the consumer. The retailer or dispensary is often saddled with extra work around affixing specific labels to different products as regulations change, increasing labor costs and reducing revenues. Lucid Green claims its data suggests the LucidID system can save retailers up $10,000 a month.

Other companies offer similar solutions around QR codes but lack the comprehensive benefits found with LucidID. For example, some brands use QR codes to give consumers more information. Others use QR codes for inventory tracking. Lucid Green says the closest competitor comes from pharmaceutical companies, though most stop short of letting consumers access the information available to pharmacies.

The project started from the consumer’s point of view. “The idea was to put all the [testing and strain information] in a QR code that leads to rich information to allow people to have a better experience,” Levy said. “About 18 months ago in the California market, regulators kept layering on more regulations…and started asking the brands to put on unique codes.” These codes carry critical regulatory testing results and often require workers to put a label on each product.

“This was a huge driver for us, to say, ‘Hey, we’re already putting this code on the pack, so why don’t you, the supply chain, just use it, too’.”

Wilder Ramsey from Gron Ventures led the Series A round. He told TechCrunch that talking to retailers led him to invest in Lucid Green. He says they’re desperate for this solution, with one of the largest LA dispensaries throwing in and only accepting new products if it sports a LucidID label.

“And that was a real wake-up call that this issue had reached a boiling point,” Ramsey said. “There are so many freaking SKUs. You have a strain component and form factor component. You have a size component and vape cartridges that are available in half-gram or full-cart sizes. Then the consumer is thinking, ‘Well, am I buying Sativa or Indica?’ This is not like a retailer stocking a six-pack or 12-pack of Coke. And it’s not like Diet Coke or regular Coke. It’s, like, we’ve got 5,000 products.”

“I don’t know, maybe Larry has a masochistic streak or something,” Ramsey says, laughing after listing the boxes Larry checks. “He’s a serial founder, and we’ve seen the advantages of that time and time again. He’s been at this problem as long, if not longer, than anyone else. And he has the ear of brands and retailers.” Ramsey says this is critical when creating a two-sided marketplace like what Lucid Green is creating.

“Larry is attracted to the ground-up nature of the cannabis industry, which lets founders do things that cannot be done in other industries.” For example, Ramsey points to the spirits industry, saying you can’t build a labeling solution for such a mature market. “When we hear founders think that way, those are the founders we gravitate towards… The founder fit for Gron is someone who wants to leverage the opportunity of the nascency of the space to make a significant impact.”

According to Lucid Green, the company’s app has more than 75,000 registered users. Between 2020 and 2021, LucidIDs made their way onto 16 million products, with March 2021 seeing the creation of 1 million additional products carrying a LucidID. Based on the current trend and signed deals, the company expects to add its label to 85 million units this year. 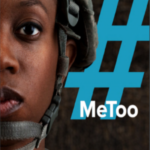