Check out Amalgamated Foundation in the article below!

The Chronicle of Philanthropy- February 3, 2021

At least 351 donor organizations have made millions of dollars in grants over the past seven years to nonprofits designated by the Southern Poverty Law Center as hate groups.

Most of the money came from a small number of larger donor-advised funds managed by community foundations or commercially affiliated nonprofits like Fidelity Charitable. However, 280 private foundations also gave to these groups, according to Internal Revenue Service records.

In all, these organizations donated $52.8 million to SPLC-designated hate groups through 2018, the most recent year for which the relevant IRS data is available. The vast majority, roughly $41.6 million, came from just nine organizations that each channeled at least $1 million to groups on the list.

Donations to groups on the list are legal because the IRS has granted those organizations 501(c)(3) status, which makes contributions to them tax deductible. Some nonprofit advocates would like to see the IRS deny them charity status. Meanwhile, some of the SPLC-designated hate groups say the list is intended to stifle legitimate points of view that clash with liberal or progressive orthodoxy.

Among the groups studied by the Chronicle, donor-advised-fund sponsors are among the most prolific donors to SPLC-designated hate groups, contributing a collective $34 million.

Most of that came in the form of $12.8 million in donations to the American Family Association, which the Southern Poverty Law Center categorizes as an anti-LGBT hate group. The American Family Association has bristled at its inclusion on the list ever since it was added in 2010. The group describes itself as a Christian “pro-family” group that opposes same-sex marriage. A 2017 blog post on its website blasted the SPLC list for what it perceives to be “libelous misrepresentation of Christian conservative organizations.” The group did not respond to a request for comment.

In a statement to the Chronicle, officials at the National Christian Foundation said its donors have made more than $10 billion in grants to 63,000 charities over the past decade, noting that the $26 million to what the SPLC considers hate groups represents a minuscule amount of the group’s charitable outlay. The group also said that it does not use third-party designations to determine grant eligibility.

“NCF carefully reviews and assesses every grant recommendation to confirm both the charity’s legal status as an IRS-approved tax-exempt organization and the alignment of its purpose and activities with our beliefs and values,” read the statement. “NCF does not develop or implement strategies about which charities or causes to support. All grants are initiated by the recommendations of our givers.”

California Information Technology Annual Report 2020: Leadership in a time of... 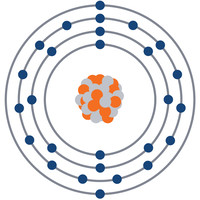