San Francisco Chronicle: Biden must boost his soft numbers with a multiracial coalition

Check out Way to Win President Tory Gavito’s op-ed in the San Francisco Chronicle below!

Democratic presidential nominee Joe Biden’s lead in national polls remainssteady despite the volatility of the political moment, which includes the largest wave of racial justice protests in U.S. history, a Trump pandemic resulting in more than 225,000 U.S. deaths (and counting), and the president overseeing the deepest collapse in the U.S. GDP ever recorded.

All things considered, Joe Biden should be a lock to win in November.

Yet, there are worrying signs. Biden remains soft with key components of our winning multiracial coalition, and has bet big that white voters will abandon the president and vote for Democrats in higher numbers than they have in a generation. Unfortunately, recent polling indicates that working-class white voters are starting to come back to the president. To buttress this erosion and win big, Biden must reach a multiracial coalition with a race-class narrative that rejects racial division and inspires them to vote in November.

Rather than painting the electorate as “whites versus people of color,” the effective message says, “It’s all of us against the wealthy elite who seek to divide us.”

Here is how Biden can utilize this narrative in four pivotal states — Pennsylvania, Arizona, Florida, and, the holy grail, Texas: To win in these states, the Democratic nominee must replicate Obama-era levels of support among voters of color.

A recent Monmouth University poll found Biden at 67% support among Black and Latino voters — far ahead of Trump but below the usual Democratic consolidation of voters of color. Hillary Clinton won the same demographics 74-21% in 2016. That difference could be enough to cost Biden the election.

While Black and Latina women are polling well for the former vice president, Black and Latino men still need to be convinced that Biden represents their interests. Black men want to hear more about criminal justice and policing reform, yes, but also about opportunities to build businesses and fixes for the economy. In other words, issues that are top-of-mind across racial lines and on which Trump and his elite supporters sow false division in order to maintain the economic system that benefits only themselves.

Some Hispanic men with roots in Latin American countries that have a long history of strongman leaders are drawn to Donald Trump’s toxic masculinity, particularly in Florida. Some young Black or Latino men could simply sit out the election. A few holdouts among that population in battleground states like Arizona, Florida, Pennsylvania, and Texas could determine the election.

The good news is that there is a winning message Biden and his party can deliver that resonates with voters across racial lines, no matter how they conceptualize their group’s racial identity. The key is to link racism and class conflict.

The pivot we recommend is also the most universally convincing message we tested, resonating among Latinos, whites, and African Americans. Democrats should call for Americans to join together against the strategic racism of powerful elites who stoke division and then run the country for their own benefit. This is not to deny the reality of white racism. But it does direct attention away from whites in general, and toward the powerful elites who benefit from divide-and-conquer politics.

This is the race-class approach that one of us helped scale. It fuses issues of racial division and class inequality, and by doing so, shifts the basic “us versus them” story — the staple of most political messaging — away from “whites versus people of color” to “all of us versus the powerful elites pushing division.”

PopSugar: How Casting Your Ballot in the 2020 Election Could Help End Voter... 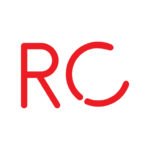 LA Times: Stuck between allies in tech and labor, Newsom won’t weigh in on...
Scroll to top