The progressive group Way to Win announced Wednesday that it is spending an additional $35 million to mobilize liberal voters in battleground states behind Democrats up and down the ballot in November.

The new funding adds to a $50-million investment that Way to Win unveiled in September 2019, bringing the group’s total spending this election to $85 million.

What distinguishes Way to Win from more traditional Democratic players is its focus on identifying, organizing and turning out what it calls “base” voters who agree with core Democratic Party ideals but may be less likely to vote on a regular basis.

While the party’s national leaders continue to focus on courting moderate “swing” voters in predominantly white industrial states, Way to Win’s “high potential” voters ― including young people, people of color and white liberals ― are more concentrated in the Sun Belt.

“The resources are really mobilized behind the goal of expanding the electorate, bringing that fraction of the nearly 100 million people that are estimated to have stayed home in 2016 out to vote in very critical emergent battlegrounds,” said Tory Gavito, the president and co-founder of Way to Win.

“Trump needs to be put on defense,” added Gavito, a Texas native. “I’d love to see upsets in Texas and Georgia and that’s what we’ve been working for.”

Way to Win, which Gavito co-founded with Leah Hunt-Hendrix and Jennifer Fernandez Ancona in 2017, is premised on the idea that Hillary Clinton’s defeat in 2016 was as much about the Democratic Party’s inattention to a largely non-white body of non-voters as it was to Donald Trump’s gains among white, working-class voters who previously voted for Democrats.

It’s a theory championed by Steve Philips, author of “Brown Is the New White: How the Demographic Revolution Has Created a New American Majority.” Others promoting it include Democrat Stacey Abrams during her expectation-defying-though-ultimately-unsuccessful run for governor of Georgia in 2018, and liberal mega-donors like Hyatt hotel heiress Susan Pritzker and Texas philanthropist Margery Loeb, two of Way to Win’s benefactors.

To that end, Way to Win has spent the lion’s share of its money in 11 states: Arizona, Florida, Georgia, North Carolina, Texas, Virginia, Colorado, Minnesota, Nevada, Michigan and Pennsylvania.

The group’s biggest grants by far have gone to Arizona, Florida, Texas, Georgia and North Carolina, diverse states that the national Democratic Party’s apparatus hasn’t prioritized to the degree it has focused on Pennsylvania and Michigan.

Way to Win’s money goes mostly toward the work that groups like Living United for Change in Arizona (LUCHA), the Texas Freedom Network and the New Georgia Project do to engage with these “high potential” voters in one-on-one conversations. Before the coronavirus pandemic, those conversations often took place at people’s doorsteps. But the recipients of Way to Win money are now more likely to communicate with voters over the phone or through online events.

“We support, first and foremost, organizers leading the charge to rebuild democracy in their communities,” Gavito said.

A key part of Way to Win’s approach to persuading the “high potential” voters of the power that their ballot has is by substituting Trump’s right-wing populism, which blames immigrants and foreign nations for ordinary people’s problems, with a more progressive analysis of society.

Way to Win and its partners tell voters that Trump’s efforts to scapegoat immigrants and other groups is an effort to distract from policies that favor the rich and well-connected.

Earlier this month, Way to Win co-founder Fernandez Ancona also launched the Way to Lead PAC, which is aligned with the parent organization but not formally a part of its spending efforts. The political action committee has partnered with an ad-making firm to produce content for TV and digital advertisements, which it is supporting through independent expenditures.

Way to Win’s approach is not without its detractors ― or countervailing body of evidence.

For example, the Knight Foundation’s February survey of 13,000 chronic non-voters found that only a narrow plurality of these Americans report plans to vote for Democrats, as opposed to Republicans or third-party candidates.

Nor is it entirely clear that the communities of color where Way to Win’s partners are most active are universally receptive to Democrats’ pitch. Democratic presidential nominee Joe Biden has lower support among Florida Latinos than Clinton ended up receiving in 2016, according to a poll earlier this month.

But Gavito pointed to the progress that Democrats have made in Texas as evidence that Way to Win’s approach can work if given the chance.

While the-President Barack Obama defeated Mitt Romney in Texas’ Harris County, which is home to Houston, by less than 1,000 votes in 2012, Clinton beat Trump there by more than 160,000 votes. Two years later, then-Rep. Beto O’Rourke (D) bested Sen. Ted Cruz in Harris County by more than 200,000 votes, a major factor in his closer-than-expected loss to the GOP incumbent. O’Rourke’s strong showing helped a raft of down-ticket Democrats win offices in Texas.

“At the end of the day, you’re persuading a whole body of people to perform a collective act, to express how they want to be led,” Gavito said. “That takes a lot of effort.” 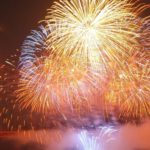